The most important part of leadership is making decisions. Decisions about products and markets to invest in, people to hire and to promote, IT-systems to select, to continue or terminate projects plagued by setbacks, mergers & acquisitions, etc. These decisions determine the success or failure of organizations, projects and individuals.

Ever since my graduation in the field of Sociology, I have always been very interested in the topic of decision making in organizations. At university, I loved the lectures of Professor Lawler about concepts like bounded rationality. I also loved reading books on this topic, including ‘Essence of Decision’ (about decision making in the Kennedy administration during the Cuban missile crisis) and Barbara W. Tuchman’s classic ‘March of Folly’.

Do we really need another book on this topic?

Against this background, I was a bit concerned when my friend and former PA Consulting Group colleague Wim van Hennekeler, told me that he was writing a book about decision making. This was mainly due to my concern about whether he could possibly add value to the vast body of work that was already published on this topic.

After reading his book ‘Foute besluiten’ (‘Wrong decisions’), I am glad my honest answer is: a lot!

The key question Wim raises in his book is as simple as powerful: ‘Why do smart people make wrong decisions?’

I found particularly interesting how Wim dealt with the discourse, facts and framing, power plays and hierarchy.

Discourse is an originally French word, describing the social boundaries that define which statements about a topic are acceptable (or not) in specific groups.

In our society, we experience discourse every day in the different political and religious ‘bubbles’ in which we find ourselves. In Western academic circles, for instance, it is ‘not done’ to say something positive about the presidency of Donald Trump. In orthodox Christian churches, discussions about homosexuality take place within narrow boundaries, and most of us are experienced enough to know how to avoid controversial opinions in family gatherings.

In companies, we see the same phenomenon. Everyone who works in a large organization will have his or her own examples of changes in the organization structure that will not add any value, IT-projects that are doomed to fail, business models no one expects to work and acquisitions that only satisfy the ego of the CEO. In 1:1 settings, individual senior leaders will often readily admit this; however in formal business settings everyone will follow the ‘party line’.

Most leaders claim they make decisions based on facts. Problems will however arise when not all facts are taken into consideration, correctly weighted, or when they are presented in a particular ‘frame’.

When the Apple iPhone was only a year on the market, I had a discussion with an engineer who worked for Nokia. I asked him if the smart (internet) features of the iPhone would not be a problem for Nokia. His answer was as short as it was wrong: ‘No, the build quality of a Nokia is far superior to the build quality of an iPhone’. This ‘fact’ was probably 100% correct, but proved to be more or less irrelevant in the purchasing behaviour of consumers.

Framing takes place when facts are presented through a normative statement. Here are two examples of completely different frames, addressing the same situation:

Interestingly enough, the proponents of 1 and 2 use the same ‘facts’ to create a case for change, but then start using completely different arguments to underpin their courses of action.

Bad decisions in organizations can also be taken when leaders want to demonstrate their formal authority, by showing that ‘they are in control’. Often this happens when they feel their authority is challenged.

Typical for these types of situations is that hierarchical relationships are already deteriorating for some time, and at a certain moment the leader ‘has had it’ and wants to make a statement.

Unfortunately, decisions made under these circumstances often have little to do with the content of the decision, and the leaders in question often lose their perspective and sense of proportion.

An example is a leader who is irritated by the fact that a direct report hardly ever bothers to consult her on important decisions, that she therefore decides to veto a perfectly sound proposal from her direct report at the moment her irritation level peaks.

However, it also happens when direct reports do not have the back of their leader. Take for instance a Business Unit leader, who refuses to implement a perfectly reasonable decision from her CEO claiming a lack of resources, but is in reality making a statement about her mandate.

Everyone knows the classic examples of authoritarian leaders that force their own opinions on a group, but in many situations hierarchy plays a more subtle role.

Take for instance leaders who are appointed due to their combination of content knowledge and managerial skills.

Over time, their content knowledge is likely to become less relevant than their managerial skill; new team members might have more relevant or more recent insights. However, the leader might still be making the decisions about the same topics he used to decide on, and the group might still be expecting the leader to make the decisions.

This lack of willingness to challenge decisions based on hierarchy can have very serious consequences. An extreme example is for instance the notorious crash of Korean Air 801, where crew members did not dare to challenge (fatal) decisions made by the captain.

Fortunately, the book does not only analyse the reasons ‘why smart people make wrong decisions’. In the final chapter of his book, Wim presents a check-list teams can use to analyse the pitfalls in their decision making processes. This chapter also contains a set of concrete recommendations on how to address them.

It is a fantastic book and I recommend everyone to read it. Unfortunately, the book is only available in Dutch at the moment, but I am looking forward to the English translation! 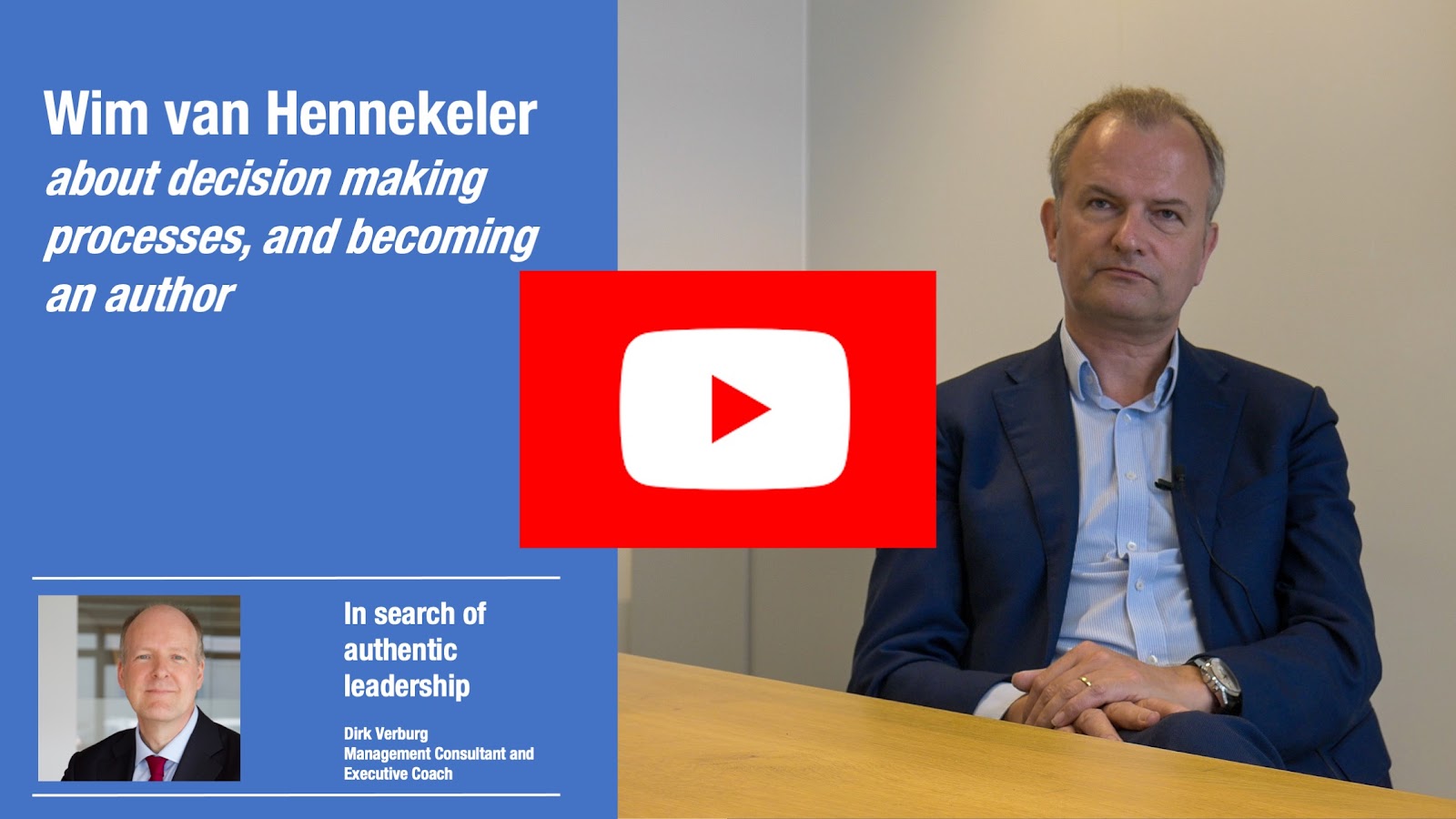 Watch here my interview with Wim about his book

Processing…
Success! You're on the list.
Whoops! There was an error and we couldn't process your subscription. Please reload the page and try again.

The picture is of the fast breeder sodium cooled nuclear reactor built near the town of Kalkar, North Rhine-Westphalia, Germany. The project was a joint venture of the German, Belgian and Dutch government. Building commenced in 1972. The project was completed in 1985 but the reactor was never taken online. The total costs were €3.5 billion (USD 4 billion). The facility was put up for auction in 1995 and was bought by an investor for 2.5 million euros. The site is now an amusement park called “Wonderland Kalkar”.

Processing…
Success! You're on the list.
Whoops! There was an error and we couldn't process your subscription. Please reload the page and try again.

My Posts and Articles